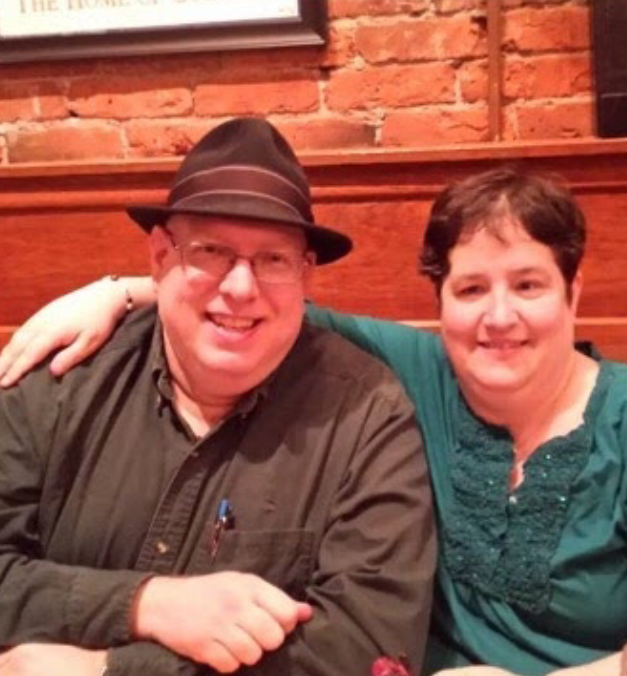 This morning Oregon lost an American patriot— unexpectedly. We had just broke bread this past Wednesday at my Campaign Kick-Off. A fellow Republican PCP, Adam mostly spent the entire eve bottle feeding baby Edith. He leaves behind his amazing wife, Christiana, whom were married in in New York on September 24, 1994. That eve, at the former Cornelius Mayor’s home Adam introduced me to another PCP who would knock on doors. He had a big smile. It was coming along.

A native of Queens New York, Adam had called Oregon his home for the latter half of 20 years. Adam worked to make it better. He was one of the first neighbors to say, “David, I’m Adam Mayer the County Secretary for the Washington County Republican Party and one of the PCP leaders in District 29.” At my first fall meeting for the county, Adam volunteered to give me a lift. He wore his fedora and introduced me to everyone I needed to know that day. When our campaign logo went live, he was the first on Facebook to use it as his profile picture— a true friend and supporter.

At the GOP State Convention in Bend, Adam was eloquent and amazing. He was the guy on stage as parliamentarian ensuring all ran smoothly with Robert’s Rules of Order. He was the guy padding me on the back— “you’re doing great, Dave. Keep it up.”

When my campaign took off he helped organize campaign meetings at McNally’s and Insomnia Coffee. Always championing our vision of less government, more transparent and accountable government. Always providing thoughtful advice. Years ago he was the State Chairman of the Libertarian Party of Oregon. He had stories to tell.

During this last Thanksgiving he and his better half, Christiana, had me over. He was an incredible cook. In fact, every time I came over he was either cooking or holding baby Edith. We had been meeting periodically at his home to talk campaign strategy. His homemade hummus dips were incredible. This time last weekend he was making sauerkraut. Sauerkraut ladies and gentlemen. A talented man.

I was set to come over soon to cut down some branches with my STIHL carbide and help around the yard (his better half wouldn’t allow him to use one). He was looking forward to knocking on doors when the weather turned better.

I’m still in shock that a key member of my campaign, a friend, and neighbor is no longer with us. I pray that he’s in a better place and that God will console Christiana’s devastating loss. He always called her dear, as in, “yes, dear.” I pray that Edith will grow up to know how much Adam loved and cherished her even in these short, but quick 3 months. Edith is going to be four months old on April 7th.

God Speed Adam and this one is for you buddy.

Adam leaves behind his amazing wife, Christiana, and baby Edith. Visit their GoFundMe page to help if you can with funeral and living expenses.

And, this article by Oregon Catalyst: Oregon Loses a Liberty Light - Adam Mayer.